“Hip Hop is not of God,” is the hearts cry of a Los Angeles pastor. Before 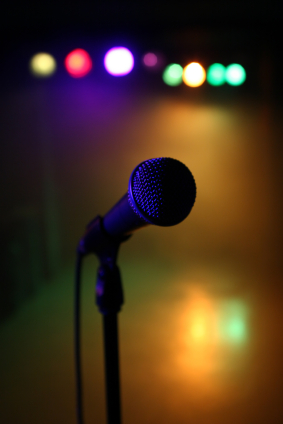 I begin commentating on the article at hand let me just note that I do not in any way hold ill contentment towards this pastor. As he leads the thousands of members in his congregation my prayer is for continued strength and endurance to finish the race.

I came across this article, which was dated back last winter, when someone mentioned his name to me in a brief conversation. I have never heard him preach and can’t agree or disagree on any theological implications he may or may not have. As stated in his article, he was actually for Hip Hop as many inner city children, including myself, are. He even implemented a Hip Hop Sunday service were they would dress the cultural part and the worship and word would be in Hip Hop form. But his whole outlook on Hip Hop changed through the teachings of one man. Now I am not going to mention the man’s name as it is irrelevant but let’s say he is anti Hip Hop and his credibility has been questioned by many.

After listening to the agreements from this man, which at first he didn’t want to listen too, he came to the agreement that Hip Hop in church is not of God, even calling out in his article for Christian rappers to be informed that what they do is not Hip Hop.

At a very young age growing up in the streets of Brooklyn New York, Hip Hop was everywhere. When you walked into your local grocery store, riding the train or shooting hoops in the park, so I began to have an ear to hear. I started to write lyrics to my own songs and began to put it in music form through the creation of beats. That all changed, however, when I was introduced to Christ. I was excited about this new hope inside me and my lyrics began to be about my God instead of cash, money and women. Over the years I have shared the stage and have met other vocational Christian artist as KJ52, Urban D, R-Swift and others.

During my travels in ministry I have personally seen the affect of Christian Hip Hop in our culture. The Christian rapper is put on a high pedestal and the sin of pride is a stronghold that can easily bring him or her to their knees. I even have a song entitled, “The Christian Rapper,” that challenges this way of thinking. But lets take it to a biblical perspective. The Apostle Paul states in 1 Corinthians 9:19-23

This was paul’s reason for forsaking his rights, financial support and his freedom, in order to win the lost to Christ. There are three groups mentioned; the Jews, the Gentiles and those whose consciences are weak. Proverbs 11:30 says, “Those who win souls are wise,” and Paul was willing to do anything and to sacrifice the comforts of this world in order to win people to Christ. The first group was very familiar to Paul as the rituals and traditions of the Jewish culture was his starting point of childhood. He even had young Timothy circumcised (Acts 16:3) “because of the Jews who were in those parts.” Now this surely did not benefit Timothy or Paul but it could be a great benefit to their ministry among the Jews and was a small price to pay in order to win some.

The next group deals with the Gentile nations. Paul was willing to live like a Gentile when he worked among Gentiles (Gal 2:11-21). This however would not mean violating the commands and laws of God but rather an obligation to the new covenant promise under the law of Christ. Other than moral matters, Paul identified as closely as possible without compromising his walk, he ate what they ate, went were they went and dressed as they dressed. The purpose we see here is to win over the Gentiles to Christ.

To the weak conscience (1 Cor 8:9-12), Paul also was willing to identify with who did not have the understanding of the Gospel message. He stooped to the level of their weakness of comprehension and gave a simple yet accurate account of the Gospel to them. The word weak here means that Paul refrained from exercising his Christian freedom and acts as they do respecting these indifferent matters.

Paul did all this that he might save some. I have personally witnessed lives transformed through the spoken word of Hip Hop and in my own experiences have kept to the standard of being under the law of Christ. Although I cannot speak for other Christian rappers out there and can only publish what has transpired in my ministry walk. When Hip Hop begins to be about self than Him and the biblical standard is violated, yes then there needs to be discipline but to say that a whole culture must be eradicate because it’s not God, is a statement that can only be judged based on the fruit rather than the vine in which it came from. John 15:1 refers to Christ as the true vine. As we continue to grow with the vine we will never taste death but as soon as a leaf separates from its source, it cannot live on its own accord. Let’s keep this in our hearts and minds when we function in any capacity of ministry.